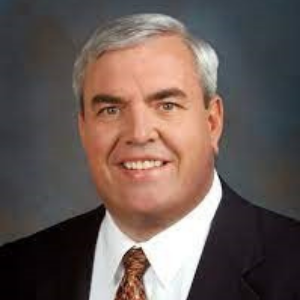 The Committee for Dulles (Committee) has named John E. “Jack” Potter as the 2021 recipient of its Tower of Dulles award. This award is presented annually to individuals or organizations whose service provides for the betterment of Washington Dulles International Airport and the Dulles economic corridor.

Potter has served as President and Chief Executive Officer of the Metropolitan Washington Airports Authority since July 2011. During this time, Dulles International has seen steady growth in passenger counts, increases in nonstop flights to and from international destinations, and lower enplanement costs to make Dulles more competitive with other major airports, including Chicago and New York City. Potter’s leadership has led the way for important airport infrastructure and concession improvements to serve the traveling public, including a $1 billion capital improvement program at Reagan National.

Potter is a strong champion of the entire Dulles corridor, working with political and business leaders to stress the important fiscal contribution the airports make to the local economy, and emphasize the importance of appropriate land uses near the airports to protect both new residents and airport operations.

Jack Vega, President of the Committee for Dulles, stated, “I look forward to presenting the Tower of Dulles Award to Jack Potter during our 55th Anniversary Gala. Jack has been the right person at the helm of our region’s airports over the past decade; emphasized over the year and a half. The airports authority, under Jack’s stewardship, had made great strides in operational improvements, adding new routes, new airlines, increasing revenue, reducing enplanement costs, and more while extending rail to Dulles and Loudoun, and completing a New Concourse at Reagan National. Jack’s leadership were underscored during with the COVID-19 crisis, motivating and inspiring the Authority’s dedicated staff during these exceptionally trying times.”

The Tower of Dulles Award has been awarded annually since 1997. This year’s award will be presented at the Committee’s 2021 Gala on November 5, 2021, celebrating the 55th Anniversary of the Committee.

Your experience on this site will be improved by allowing cookies.

Note: if you enter in the words, it'll automatically generate results, or if you press enter key on the keyboard, you'll go to an overview search result page!